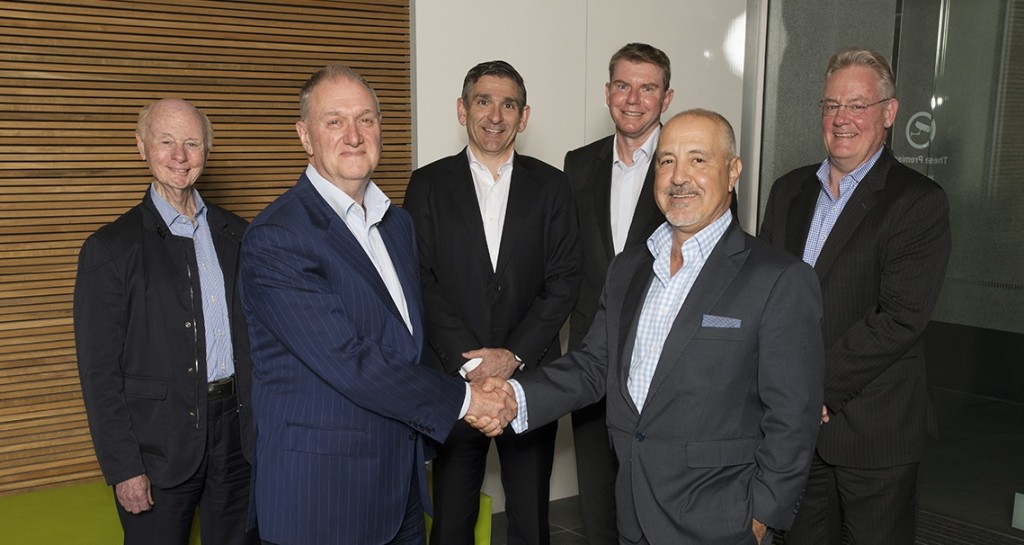 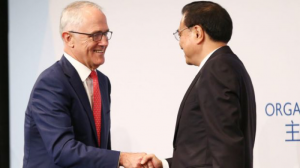 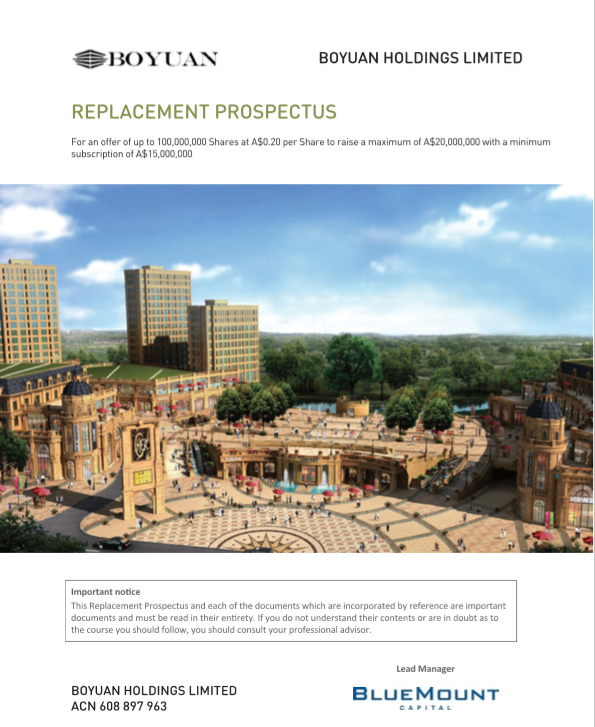 China Dairy Corporation Limited (“China Dairy or “the Company”) today announced the successful closure of its ASX IPO following solid demand from a broad range of investors raising A$17 million.

At the offer price of A$0.20 per Chess Depository Interest (“CDI”), China Dairy will have a market capitalisation of approximately A$147 million.
BlueMount Capital was the lead advisor to China Dairy Corporation.

The strong response to the IPO reflects the positive long-term fundamentals for the dairy industry, driven by Chinese consumers’ growing demand for high quality food products, including dairy products. Current milk consumption in China stands at about 20kg per capita, less than a quarter of the average world consumption level(1).

China’s relaxation of its one-child policy has also led researchers1 to estimate that the country will see an average net increase of 3 million people per year and a corresponding RMB 20 billion spent in increased demand for infant formula milk.

The robust pull factors are accompanied by a renewed push by the Chinese government to further modernise agriculture through incorporating new technologies throughout the agricultural value chain to improve productivity, as articulated in the Government’s recent 13th five-year plan.

China Dairy’s Mongolia-based Research & Development facility, which is currently being developed, will underpin the Company’s strategic focus of innovation.
Final allocation and allotment of CDI’s has now been completed. Trading is expected to commence on the 8 April 2016 under the ticker code CDC.
(1) China Agri Research, 8 Jan 2016 “Analysis and forecast on China’s dairy industry” http://en.cnagri.com/report/dairy/20160108/252923.html

China Dairy Corporation (“CDC”) is a leading producer and wholesale distributor of raw milk in China; as well as breeder and seller of dairy cows.

Established in 2005, China Dairy Corporation has over 160 employees located in the Company’s operations in China.

Through a number of acquisitions, CDC has grown to become a large dairy farming operation and milk producer in China, with more than 40,000 cows owned by the Company and its partners providing it with an aggregate raw milk production capacity of over 600 tonnes per day.

CDC operates a diversified business model through which the Group expanded beyond breeding company-raised cows, to also outsourcing cattle-raising to farmer-raised and farmer-owned cows – which provides additional revenue streams through the wholesale of raw milk.

The Group has shown consistent historic growth over recent years with FY2015 revenues reaching A$79.1 million and total comprehensive income reaching A$39.5, representing a compounded annual growth rate (CAGR) of 19% and 20% respectively since FY2013. CDC’s FY2015 net profit margins of approximately 50% give it the highest profitability margins when compared to other ASX-listed dairy companies.

For more information on China Dairy Corporation, visit: www.chinadairyco.com
[1] According to a collaborative report by the OECD and the Food and Agricultural Organisation of the UN. The Prospectus for the offer is available from BlueMount Capital and can be obtained via:
www.bluemountcapital.com/CDC

A Prospectus for the offer of Chess Depository Interests (CDI’s) in China Dairy Corporation Limited (ARBN 607 996 449) (Company) a Hong Kong registered entity was lodged with ASIC on 30 October 2015. The Prospectus may be obtained by visiting www.bluemountcapital.com/CDC. Offers of the CDI’s are only made in the Prospectus.
Investors wishing to apply for CDI’s should read the Prospectus carefully prior to deciding whether to acquire the CDI’s. Anyone wishing to acquire the CDI’s offered in the Prospectus will need to complete an application form that will be in, or accompany the Prospectus. Neither the Company, the Lead Manager or the Corporate Advisor make any representations or warranty, express or implied, or provide any guarantee regarding the likely investment returns, the performance of the CDI’s or the Company, or the suitability of the CDI’s for any investor.
Please note that any advice given by BlueMount Capital (Sydney) Pty Ltd is GENERAL advice, as the information or advice given does not take into account your particular objectives, financial situation or needs. Therefore at all times you should consider the appropriateness of the advice before you act further.

iBosses IPO On The ASX Closes

Bosses Corporation Limited ( iBosses) the parent company of iBosses Singapore has announced the successful closure of its initial public offering following solid demand from a broad range of investors.

At the offer price of A$0.20 per share, iBosses will have a market capitalization of A$23 million